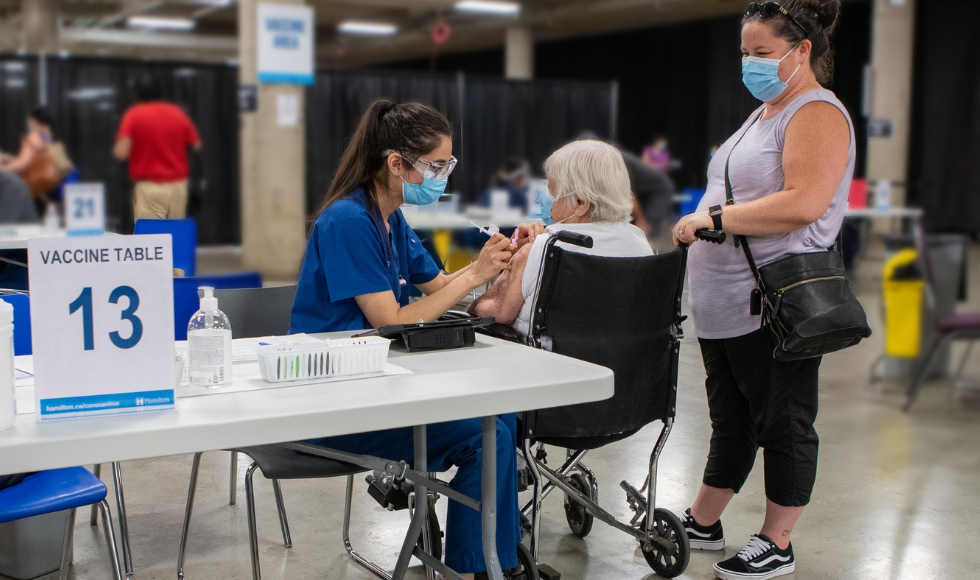 High-risk patients who need defibrillators to prevent cardiac arrest can experience fewer complications with a type of device implanted under the skin, a Canadian study led by McMaster University researchers has found.

A study, conducted by researchers at Population Health Research Institute (PHRI) of McMaster University and Hamilton Health Sciences has demonstrated that a new type of cardiac defibrillator called a subcutaneous ICD (S-ICD) reduced patient complications by more than 90 percent, compared to the TV-ICD.

The S-ICD, implanted under the skin just below the patient’s armpit, does not involve any placement of leads into the heart or blood vessels. Instead, the S-ICD has a lead that runs under the skin, alongside the breastbone.

“The S-ICD is now an attractive alternative to the TV-ICD, particularly in patients at increased risk for lead-related complications,” adds Healey, a professor of medicine at McMaster and an electrophysiologist at HHS.

Healey presented the study’s results at Heart Rhythm 2022 in San Francisco, CA this past weekend.

The study involved 544 eligible patients (one-quarter females) with average age of 49, at 14 clinical centres in Canada.

They were electrocardiographically screened; 251 patients were randomized to S-ICD and 252 patients to TV-ICD. They were followed up for an average of 2.5 years to this point; follow-up is ongoing for the study.

“Younger patients are usually under-represented in ICD trials,” said Healey. “However, our study included ICD-eligible patients 18 to 60 years old who had a cardiogenetic syndrome or were at high risk for lead-related complications.”

He added: “Canada has a strong history of ICD clinical trials and registries of patients with inherited heart rhythm disorders.”

Funding for the study was provided by Boston Scientific.