Monkeypox and COVID show the need for global health efforts: Experts weigh in

The threat of infectious diseases is a reminder about the importance of the global community and global health care, say McMaster researchers Zain Chagla and Karen Mossman. 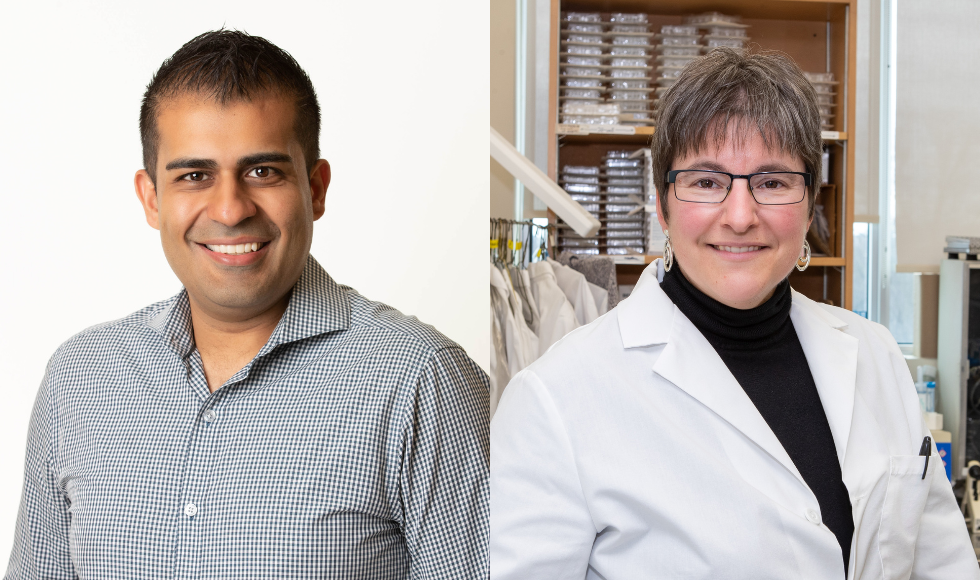 The threat of infectious diseases is a reminder about the importance of the global community and global health care, say McMaster researchers Zain Chagla and Karen Mossman.

Chagla, an associate professor of medicine, was interviewed on TVO’s The Agenda about monkeypox.

It is not a new virus, but transmission had previously been focused primarily in West and Central Africa. In the last month and a half, however, there have been a slew of new cases where people acquired it without the epidemiologic and travel links to that part of the world.

“There is probably one set of events that occurred either within West and Central Africa or with people from that region in another area of the world that then transmitted to a different network of individuals which is now transmitting in other networks of individuals all over the world,” Chagla explained.

Most of the transmission is from short-range and intimate close contact. That includes skin-to-skin contact and contact with open sores, especially when people are going through the pox phase, as the virus is “incredibly present within those lesions,” he said.

Most people develop symptoms within a week or two, with one to five days of feeling unwell, Chagla said.

Then there’s the appearance of the characteristic rash, which often starts out as flat, red areas that start getting raised and then fill with fluid. These can be anywhere on the body.

That said, some newer cases do not fit the typical pattern of symptoms and may be misdiagnosed. This is why testing and understanding where cases are spreading is key, he told CBC News.

“You do want to make sure that testing is very broad until we’re able to link contacts more and more, and that we know where cases are coming from more and more, because at this point it doesn’t seem like it.”

Most cases that have been described in the last month and a half have been very mild, with most people not requiring hospitalization to make the diagnosis or help with isolation, he said.

With monkeypox coming on the heels of more than two years of the COVID-19 pandemic, Chagla said there are important lessons to learn as we deal with this and other infectious diseases that are sure to come.

“Part of our efforts moving forward from this pandemic is recognizing global health as a global community,” he explained on TVO, adding partnerships between high- and low-income countries are vital for sharing research, knowledge and medicine.

“We are a global community and health across both animal and human species is important and is going to be a very fundamental investment moving forward for the entirety of our world.”

There are also lessons in terms of public health messaging, especially as the cases of monkeypox in Canada have been concentrated in men between 20 and 63-years-old. Most of them had sexual contact with other men.

“I think this does start the discussion about really making sure that positive, non-stigmatizing, non-discriminatory efforts are put forward first and foremost and that we embrace communities in a positive public health approach,” Chagla said.

“We need the public as a stakeholder as we move forward in pandemics. We do have to think about the consequences of more punitive measures as they may lose public trust. We need the public back as to help deal with other emerging infectious disease threats.”

It’s a sentiment echoed by Karen Mossman, virologist and professor of pathology and molecular medicine.

“I think there needs to be a balance between transparency and awareness, with reality based on the best available data and knowledge. The public has a right to be aware of what viruses are circulating, and could potentially form a new outbreak,” Mossman told CBC News.

“This is where it gets challenging, as we often don’t know what we don’t know, and as we gather more information, those messages change. We absolutely experienced this during COVID,” explained Mossman, who is McMaster’s vice-president of Research.

“By using the adage of ‘Trust me, I’m a doctor,’ we aren’t doing our job in really educating the public of why and how decisions/recommendations are made, which I think is critically important so that when the next pandemic happens, the public has a general awareness and can better understand what is happening, why, and should they be concerned or not.”